Got an Enneagram Type 5 result but don’t really know what it means? Then continue reading this post as we reveal your true personality! 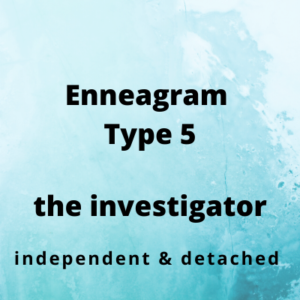 A form of personality test, the Enneagram is used to analyze how a person sees the world and manages his emotions.

It’s divided into nine personality types and mapped out on a nine-pointed diagram to see how they relate to one another. Enneagram is from the two Greek words Ennea (nine) and Gramma (something written or drawn.)

Since each personality has its own way of viewing the world, through the Enneagram, you can now understand why a person acts a certain way. It can offer opportunities for personal growth, too, as it can predict how a personality may react in some situations.

The fifth type on the Enneagram is best described by the nickname ‘The Investigator’. Below is a list of its common characteristics:

They’re very curious about the world and how one thing relates to another. They’re introverted and analytical, too, gathering information to make new patterns and ideas. Investigators inspire others to become critical thinkers.

Their resources are often limited except for subjects they’re truly interested in—they have a huge collection for those. Investigators are also non-conformists and couldn’t care less about current trends.

Since Investigators are often introverted, they have high standards for autonomy and freedom. Social customs have little meaning to them and they are more curious about the unknown.

Investigators also value understanding, freedom, and independence. When things go wrong, they’re the ones who stay calm to analyze and figure out what should be done next.

How to recognize an enneagram type 5?

They’re curious about the unknown and are energized by thinking when they’re left alone. They come across as unemotional, stoic and detached and this is the best way to recognize this type.

Investigators love learning and mastering new things. They seem quiet and calm on the outside, but when something that interests them is brought up, they suddenly turn giddy and excited.

Investigators are often seen as intellectuals—making them a crucial part of society. They handle complex issues with ease and are usually catalysts for change due to their endless curiosity.

The impossible now becomes possible with their plans and new ways of thinking.

They share their ideas freely in subjects they specialize in. They simplify what others see as complicated and can explain mind-boggling topics with confidence.

Investigators are emotionally withdrawn people and may have some complex interests that they choose to keep secret. This is also the reason some seem aloof or distant.

They’re named the “bookworm” of their group since they’re well-informed on topics that interest them.

In their spare time, they’d rather spend time in the world they’ve made in their minds instead of doing mundane tasks. Furthermore, they’d rather read or play strategic card and board games for leisure.

Investigators can start neglecting others’ views and only care for themselves. They may develop radical views, too, and lose touch with reality.

Being emotionally detached can get Investigators involved in pointless and useless arguments. This results in severed friendships along the way, which can certainly leave them confused.

They may think they’re better off alone and choose to escape the real world. Furthermore, they can become addicted to far-off theories only a few can understand and thus, feel intellectually superior.

Learn more about the work of Fara Curlewis and Pranic Healing through her series of informative videos.


Contact us to find out more >Click here to ask your questions & learn more about us & Pranic Healing!